RRLRAIA president Ward Classen and board member Doug Munro attended a September 4, 2019, community meeting at Boys’ Latin about the school’s impending purchase of the Josephite property near the school, on the south side of Lake Avenue, 911 W. Lake Avenue. This was the second such meeting at Boys’ Latin, there having been another earlier in the summer. Over the next month or so, Boys’ Latin’s headmaster, Chris Post, will be happy to meet neighborhood associations to discuss the matter. The tract is under contract, with settlement expected early in 2020.

Boys’ Latin will be buying 28 acres of the approximately 31-acre Josephite tract, which straddles the city/county line (though all the buildings are in the city portion of the property). The Josephite order also owns a modern house on the south side of Lake Avenue, 1097-C W. Lake Ave. The three acres not being bought by Boys’ Latin will be added to this house’s lot. These three acres will be in the form of a long, thin strip of land running more or less east/west at the northwest end of Cow Hill.

Headmaster Post said that, at least for the foreseeable future, Boys’ Latin does not intend to alter its 28 acres much. This news went a considerable way toward allaying fears expressed at the June 21 meeting that at least some of the land would be developed. At present, there are six buildings on the land: (a) the early 20th century former Jenkins manor house, (b) a 1999-built center that used to serve as a retirement home for the Josephites, (c) an old stable and carriage house (known as the “barn”), (d) an old caretaker’s house, (e) an old root cellar house abutting the “barn” and (f) an old, small building that may perhaps once have been a summer house, but which now serves as a storage shed, also near the “barn.”

Chris said that the Jenkins manor house would be demolished, its being too deteriorated to merit rehab. As for the outbuildings (the barn, etc.), no decision has yet been made. That leaves the 1999 center. This 36,000 square foot building will be turned into dorms for about 40 boarders. At its eastern end will be added a small apartment building for faculty dorm supervisors. This apartment addition will sit on what is currently the three-car parking lot between the center and the manor house. The apartment addition and the renovation of the center will be completed in time for the 2021-2022 school year.

According to Chris, “At this time, nothing will happen on Cow Hill,” the steep area west of the center. Nor will the flattish area east of the old manor house, between it and Lake Avenue, be turned into playing fields (this area being known locally as the “meadow”). There will be no student cars, stressed Chris, so there will be no additional traffic on Lake Avenue. He foresees, he said, “no deleterious effect on the neighborhood.”

Al Barry, the owner of AB Associates real estate consultancy, noted that Boys’ Latin will be attempting to secure city zoning permission for the above before the sale is finalized. (Al has been retained by Boys’ Latin.) The 1999 center is in the city, where schools are only a conditionally allowed use (as against an as-of-right use in the county). Assuming the city grants permission for Boys’ Latin’s plans, any further development or other changes in years to come would require further city zoning permission, allowing for more community input. Nearly all the developable land is on the city side of the straddling line, other than about two-thirds of the “meadow.” So any future actions on the property will require permission under the tighter, conditional city zoning regulations, not the more permissive, as-of-right county rules.

Boys’ Latin is seeking local association letters of support for its plans. 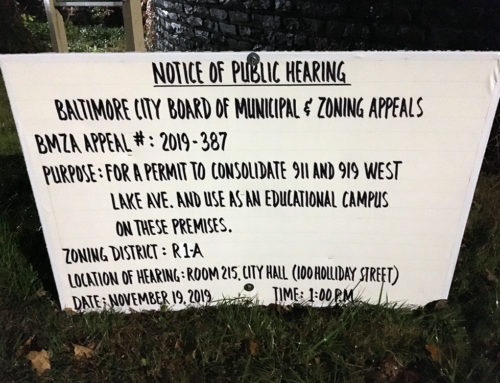 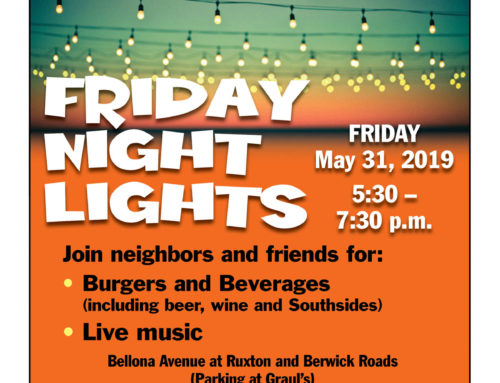 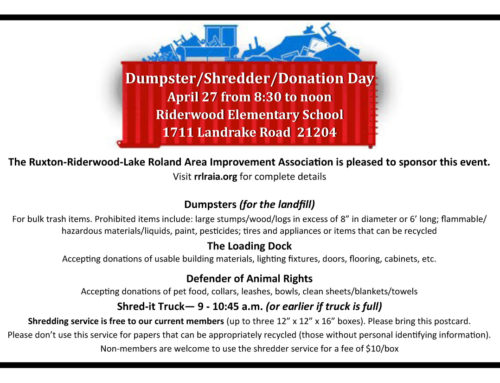 Holiday Party in the Woods 2018 CANCELLED