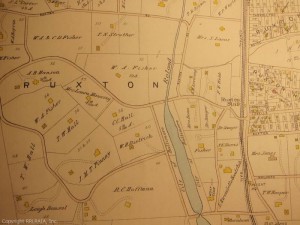 The land area outlined as the responsibility of the Ruxton-Riderwood-Lake Roland Area Improvement Association was granted from Lord Baltimore’s Land Office from 1694 to 1702. The names of the grants were Hector’s Hopyard, Young Man’s Adventure, Samuel’s Hope, Bosley’s Adventure, Martinton, Beale’s Discovery, Gott’s Hope, and Hooker’s Prosperity ranging in size from 100 to 500 acres.

In most cases, these lands seem to have been granted to second or third generation settlers whose families had initially settled earlier on the tidal rivers and Chesapeake Bay. These interior parcels, called “quarters”, were owned land, but not occupied by the owner and reserved either for children or investment.

Following remnants of an ancient Indian trail, Joppa Road was the initial access into the Roland Run Valley. The road led to the port of entry at Joppa on the Bush River. York Road, referred to in the early 1700’s as the Britain Ridge Road, meandered through the county serving early plantations, farms and mills working its way up into Pennsylvania as settlement grew. It was straightened into a turnpike in 1799. What is now Bellona Avenue was laid out as an entrance to the Bowen plantation (Samuel’s Hope) in 1737 from the Britain Ridge Rolling Road. Two Bowen homes stood on opposite ends of the 500 acre rectangular parcel for several hundred years: one on the GBMC campus was demolished in 2005 and the other still stands on Bellona across from the St John’s AME Church. Settlement began shortly after the grants were given. The population of the area grew as families and farms expanded, granting portions of their land to new generations, a process that continued into the 20th century. 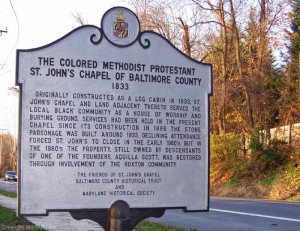 Slavery was a part of life here in the 1700’s despite pressure for emancipation from local Quakers and Methodists. As the 18th century ended, it is possible to give a population for this portion of Back River-Upper Hundred, as it was known then, from the records of the first Federal Census of 1790: 34 free white males over 16, 35 free white males under 16, 61 free females and 106 slaves for a total population of 236. Several mills were also established in the late 1700’s to refine local grains prior to shipping product to Baltimore: such were located on Jones Falls, Roland Run and Bowen’s Run (Towson Branch). Colonel Nicholas Ruxton Moore, our community namesake, purchased the Bosley farm in 1794 now the Circle and Darnall Road areas. He was a Revolutionary War patriot and US Congressman. His spring and ice house still stand near Roland Run and Circle Road.

The Bellona Gunpowder Mills were established by an act of the legislature in 1800 on the west side of Jones Falls where it now enters the Lake. The mills produced the powder used at Fort McHenry during the battle in 1814. Despite frequent explosions resulting in many deaths described in graphic detail in the local papers, the operation managed to stay in business until 1850 when land acquisition began for the construction of Lake Roland. In 1832 the Baltimore and Susquehanna Railroad made its unwelcome entry into the valley but giving easy access to the city for farm produce and populace. No monetary awards were given to aggrieved farmers as the Inquisition Jury found the convenience of the road added property value. 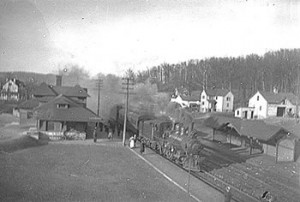 Opening of Lake Roland, the railroad, and the area’s unique topography and proximity to a growing and wealthy Baltimore City, made Ruxton land values soar: making the shift from rural agriculture to suburban. In 1854 James McDaniel began what we may refer to as the first subdivision when he developed lots from Carr’s Pleasure (Samuel’s Hope) and put in a road to service them, now Rolandvue Avenue. In 1887 the Bosley’s Adventure property was divided into parcels by the Fisher brothers (William and Charles) forming the Circle Road area. In 1894 a large parcel of the Rider Farm, known as Young Man’s Adventure, was sold for the development of Ruxton Heights. The railroad station was built and Ruxton became one of the first commuter communities in the United States. The neighborhood has been on the go ever since. 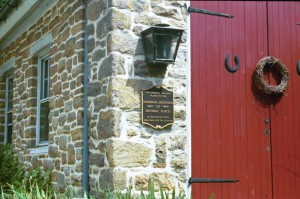 Riderwood takes its name from the Edward Rider family who purchased a 150 acre farm and mill centered at Joppa and what’s now Thornton Road in 1824. The railroad further enhanced the family’s commercial opportunity. A railroad station, rail-spur, locomotive watering tank, general store and post office soon made the Rider family prosperous. The second railroad station, built in 1905 from plans by Frank Furness, the highly regarded Gilded Age architect, stills stands but has been converted into a private residence. The Greater Ruxton Area Foundation intervened preventing the station’s demolition for a development in 2002.

Several hundred yards north of the Joppa Road bridge, two locomotives collided on July 4, 1854 resulting in the tragic deaths of 30 picnickers who were returning to the city from Rider’s Grove, a popular picnic area. At the time, it had the infamous distinction of being one of the worst railroad accidents in the nation’s history.